* "The Mystery of Egyptian Maize" lecture (2009-10-10, by Gunnar Thompson, presented to The Atlantic Conference) [www.youtube.com/watch?v=URJmzELHIZU] 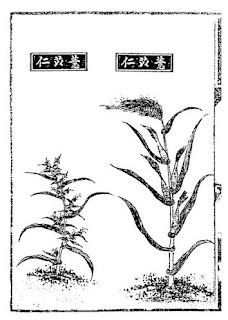 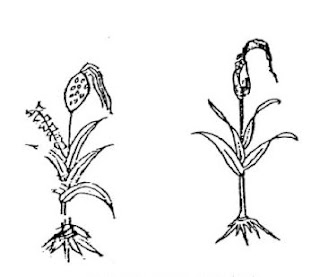 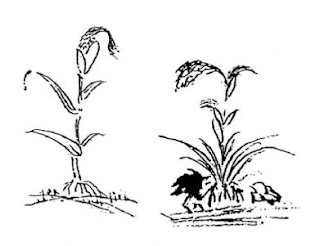 * "An Ancient New Corn From China" (1910-06-25, The Milwaukee Sentinel) [archive.is/EcqBL]: AN entirely new species of corn has been received from China and is being experimented with by the Department of Agriculture with a view to adapting it to the arid regions of the Southwest, where, without irrigation, the native American corn will not come to maturity. Besides its agricultural Interest, this new corn suggests some curious historical problems. There is no doubt that corn is a native of America, yet from descriptions in Chinese literature, corn is shown to have been established in China within less than a century after the first voyage of Columbus. This is entirely too short a period for the grain to have beep carried to China by way of Europe
and become widely known and used. Be-skies, this new corn from China is so totally different from that of the Western Hemisphere that it is impossible to think that its peculiar characteristics have been developed within live centuries, so there seems no other possible conclusion but that corn was carried from America to China many centuries before Columbus sailed Westward. The corn from China develops into a plant averaging less than six feet in height, with an average of twelve green leaves at the time of tasseling. The ears average five and one-half inches in length and 4 and one-third inches in greatest circumference, with sixteen to eighteen rows of small grains, 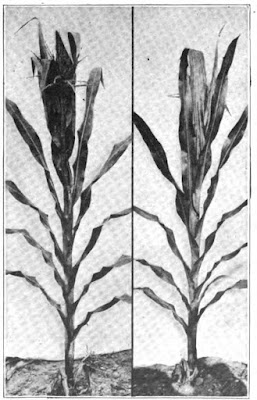 New kind of Indian corn has been brought to this country recently from China. It was sent by a missionary, from Shanghai, to the Department of Agriculture. It is so entirely unlike any variety of maize known in America as to suggest the notion that possibly botanists have been wrong in the belief they have so long entertained that Indian corn was originally a native to the American continent exclusively. In all likelihood, however, the early progenitors of this variety were carried by some means from America to China centuries before Columbus was born. So much is inferred from the fact that, by what is known about plant life, it must have required a very long period of time to develop into so distinct a type under cultivation. It has many peculiarities. In the first place, the plant is a dwarf, not growing higher ordinarily than about four feet. The ears average five and a half inches in length only, with sixteen to. eighteen rows of small grains. These grains are found, when cut in two, to have a curious waxlike consistency, and the starch they contain is very much different in character from any starch with which the Western nations have been acquainted hitherto. The new Chinese maize is likely to prove valuable for breeding purposes. Already it has been successfully crossed with big-grained varieties, with a view to increasing the size of the kernels. Some of the crosses are expected to "take after" the Oriental plant in at least one feature which will render them useful for cultivation in the dry regions of the Southwest. In that part of the country the "silks" of maize plants are liable, at the time of flowering, to be burned up by the hot desert winds before the grains have a chance to be pollinated. But in the Chinese corn an erect arrangement of the leaves, which are all on one side of the stalk, and the development of the silks in the angle where the leaf-blade joins the sheath, offer a protected place in which pollen can settle and accomplish fertilization before the silks are exposed to the air. The whole structure constitutes a most beautiful adaptation to prevent the drying out of the silks before pollination—the overlapping blades catching all pollen that is blown against the upper part of the plant, and allowing it to settle in the, channels at the base of the blades, where it accumulates. The silks are then pushed into this accumulation of pollen, and thus become fertilized. 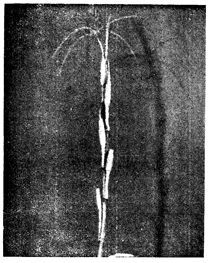 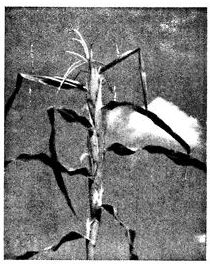 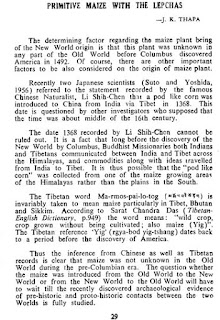 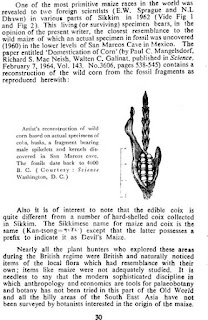 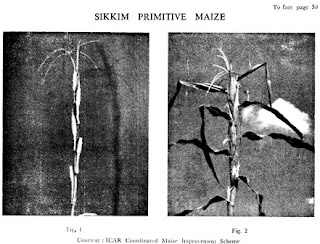 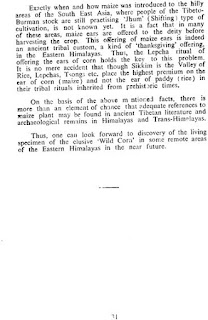 * "The Corn of Egypt in America" (1902-01, Our Day newsmagazine, Vol. 21, N. 1, pg. 34) (.pdf) [is.gd/PDmXJ0]: Such curiosity has often been aroused as to what was the character of the corn which Joseph stored away for the seven years of famine. This curiosity can now be satisfied for a Michigan farmer is now raising the corn of Egypt. The Michigan Christian Advocate has been investigating the matter and publishes the following interesting account of the experiments. -
“‘Samuel Wisson, a farmer of Sandwich West, Essex County, Ontario, is exhibiting ears of corn grown from seed foundin the covering of an Egyptian mummy, supposed to be at least 2,000 years old. The corn was brought from Egypt last year by Rev. Mr. Higgins, of Grand Rapids, Mich. Mr. Wisson, husked four bushels from sixty hills. The corn is a bright red tint, plump, and weighs well, but is quite different from samples grown in Canada or the United States.”
“Finding the above item floating about in the daily press, a representative of the Advocate went over to Sandwich last week and hunted up the gentleman re ferred to. He found Mr. Samuel Wisson (not Wilson, as the papers erroneously printed it) living on a farm some two miles back of Sandwich, the county-seat of Essex County. Mr. Wisson says the item is, in the main, correct. The seed corn which he obtained from Mr. Higgins was black in color—possibly from age.
It was planted on a light, sandy soil, a little later than his other corn was planted. It matured quite as early as the other corn. It showed a very rank growth, the stalks reaching fifteen feet in height, and being so coarse as to be quite worthless for fodder. The stalks quite generally produced two good ears each, with often two smaller ones. Mr. Higgins reported getting as high as six good ears from one stalk. In Pharaoh’s dream, seven ears of corn came up on one stalk, rank and good' (Gen. 41:5), not at all improbable, judging from the experience above stated. Mr. Wisson says he obtained a bushel of ears from sixteen hills, while his other corn required thirty-two hills to yield a bushel. He obtained four and a half bushels from the handful of seed given him by Mr. Higgins, and is confident that on a strong, heavy soil the yield would be greater. He intends planting it quite extensively next year.
“The corn is of dent variety, showing from twelve to sixteen rows to the ear. The ears are plump and well filled, really “rank and good. Mr. Wisson noted one remarkable fact: While the corn generally was of a bright red color, some hills yielded a yellow corn, quite similar to the other except in color. The seed, so far as he could see, was all alike, and no other corn was planted near. The corn was of unusual weight—Mr. Wisson thinks a bushel would weigh as much as a bushel and a half of ordinary corn.
Mr. Wisson kindly gave the Advocate man specimens of the corn, which may be seen at his office. While differing somewhat from our ordinary corn, it is substantially the same as the ‘dent’ or gourd varieties grown in this region.
“It will, doubtless, puzzle many Bible students to learn that the ‘corn' grown in Egypt two and three thousand years ago was our own maize, or lndian corn. which we have been taught is strictly indigenous to America, and never heard of before this country was discovered. The word ‘corn in the Scriptures has been understood to be generic, and to mean wheat, barley, millet, or some similar small grain. Yet McClintock and Strong's Encyclopedia, in the article on “Corn” admits that maize was found in China before Columbus' day, and refers to instances where grains of Indian corn, and even the husks, have been found in mummy cases in Egypt—exactly where the specimens obtained by Mr. Wisson came from. The date of these specimens would carry us back to near the days of the Ptolemies; and if ‘corn” of our maize variety were grown in Egypt then, it might easily be the same sort which was stored up by Joseph in the days of the great famine thirty-six centuries ago.” 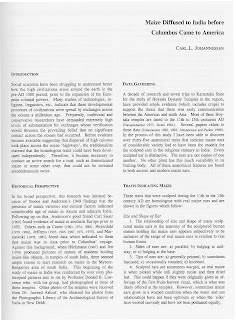 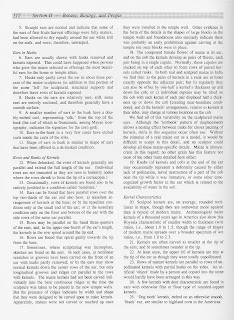 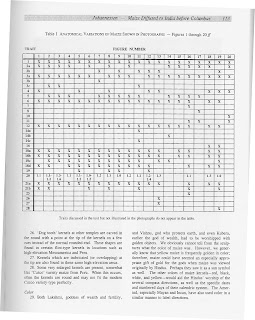 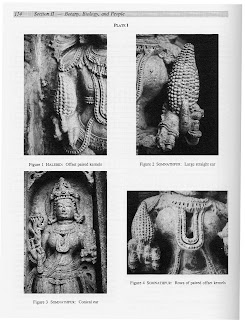 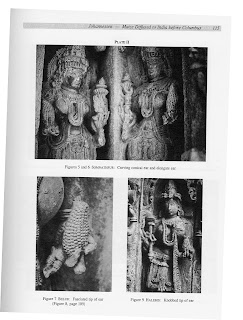 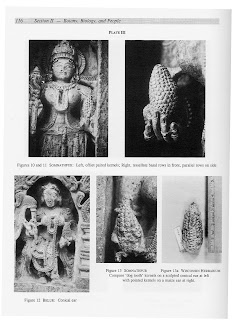 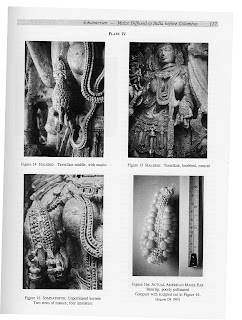 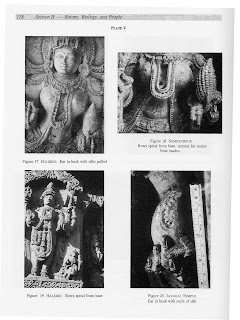 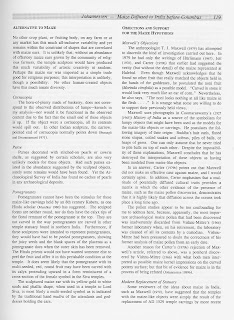 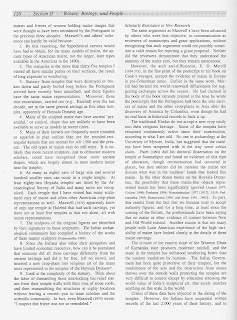 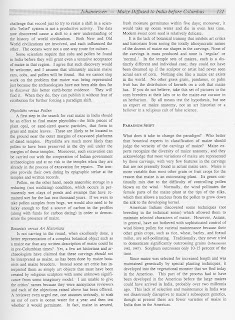 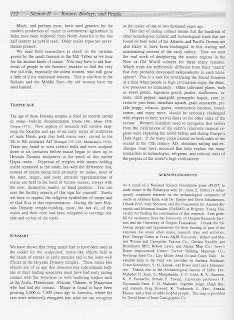 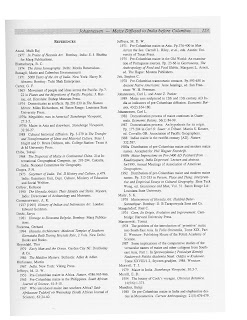 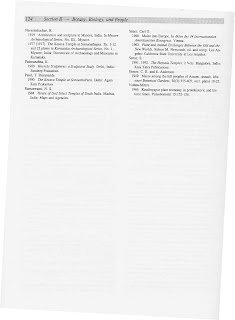