The materials available through this website are referenced for evaluative purposes only. Fair use of copyright material is retained for use within the State of California, USA. (Last updated 2016-06-01)

This website contains sources and notes for the study of the New Chronology, for the documentation of falsified historical chronologies. These notes are provided to those interested and intrigued by the implication of there not being a thousand years of "Dark Ages" in Roman history. The term "Dark Age" refers to an absence of written records [is.gd/ECOucd].
The focus of reconstructing a New Chronology is on Europe and the Mediterranean Sea region, specifically the universal cultural units identified as "western Europe" and "eastern Europe".
Later, the New Chronology will include the Mayapan (the universal Maya realm), dar Umma (Islam and pan-Arabia), the Alkebulan, with studies of Hindustani and Buddhist history, alongside China, Koryo, dai Nippon, etc.
The model Consensually Accepted Narrative (CAN) of world history (for Eurasia, Africa, and the Americas) is based on data published in western Europe since the 1800s, which supersedes indigenous historical models, so that falsified chronologies may have set the foundation by which all world history is shoehorned to fit within, a legacy of cultural colonialism throughout the 20th century (a manifestation is the consensual use of AD, and CE, by history authors across the world). A conclusion one could debate scientifically is that we do not know much of European history before 1200 years BM.

List of pages:
* Theoreticians for a New Chronology [is.gd/C5K6sA], with a list of websites, and an exhaustive set of entries, and archives of articles by theoreticians.
* "Ancient Rome" [is.gd/x3TRPJ]
* Examples of counterfeit documents formerly used in the Roman Empire [is.gd/4UlH23]
* History of the Bishop of Rome [is.gd/P55SfL]
* Pagan motifs in "Christian" Europe [is.gd/aNVJni]
* Pyramids within the Roman Realms (East / West) [is.gd/YfxTH7]
* The Arian Church, the Council of Nicea, and Muhammad [is.gd/ax2oMc]
* "Pax-Yuan": The world system of trade and tribute [is.gd/f4GQG4]
* The Eye of God, a chronological catalog of depictions [is.gd/E7af14]
* A History of the Great Pyramids at Giza; and, a Chronological catalog of descriptions and drawings from the Roman realm [is.gd/2853ZU1]
* A chronological exhibition of Depictions and Descriptions for Stone Henge [is.gd/k2Xxql]
* Roman depictions of dragons (in chronological order) [is.gd/tdht8K]
* The Great Wall of China, a chronological database of Depictions and Descriptions [is.gd/UZ5kIJ]
* Technology of the ancient realms [is.gd/V7mg7C]
* Carbon Dating / Criticisms of C-14 Dating methods [is.gd/qyp5O6]
* RAW DATA, page 1 [is.gd/Xx5jhr], page 2 [is.gd/fGfaZa], with some personal observations,where info is collected for later review, evaluated for the purposes of this website. The neo-reactionary conclusions presented at the source-material's links are independent of the information documented for the purpose of a New Chronology, and this website presents information which is secular, neither partisan nor nationalist.


A benchmark for use in reconstructing a New Chronology is "Before Millennium (BM)", counting back from the year 2000 AD, so, for example, to document that the earliest surviving European history books were made as far back as 900 AD, or, up to 1100 years BM; that the books of Columbus were printed 1493 AD, or, 507 years BM.

The fragility of recorded history is in the perishable medium on which it is recorded: Paper, clay, frescoes... As history is erased (or burned), chronologies are reconstructed by later scholars who have the burden of complete ignorance.
A mystery is how it is that Roman artifacts created during the 1400s AD and 1500s AD contain "late antiquity"-style depictions for the contemporary royal houses... how is it that the artisans of those centuries (500 to 400 BM) depict the Roman styles of 1000 years before if, according to the generally accepted narrative, there was a thousand year interruption (the two dark ages) whereby ancient Roman cities were buried, their statues destroyed and books burned by hundreds of years of anti-"Pagan" zealotry? This question motivates me to learn more.
For example, read the following excerpt from a reputable source, the "Annales ecclesiastici a Christo nato ad annum 1198 (Ecclesiastical annals from Christ's nativity to 1198)", by Caesar Baronius. It is interesting to note that [archive.is/UN1QA] [begin excerpt]: The first volume dealt with Gentile prophets, among whom were Hermes Trismegistus, the supposed author of the Corpus Hermeticum, and the Sibylline Oracles of Rome. Some, it was claimed, had foreseen Christ's birth. This was disputed by post-Protestant Reformation scholars, including Isaac Casaubon in his De rebus sacris et ecclesiasticis exercitationes, XVI. [end excerpt]

These are among the distinctive narratives for the New Chronology that this website's administrator has been able to observe (forgiveness is necessary if I butcher the story). Theoreticians acknowledged as whose research defined that narrative are named, if only for classification purposes.
* "Heinsohn Horizon", referring to the work of Prof. Gunnar Heinsohn describing a catastrophe which inundated the Roman realm, 1070 years BM, also referring to the three sets of dates (230s=520s=930s AD) during which the Latin Empire of Roma fell, all with the same technologies evident in the strata across Europe, west to east, with different dates for geographic areas (200s AD in Italy / 500s AD in Germany / 900s AD in Slavic areas).
* "Pfister thesis", explored by Christoph Pfister which describes an observation that, before the printing press, nothing is known. Private people would fill their collections with "older works", libraries would find 1000 year old books in catacombs that were easily translated. It was only during "the enlightenment" of the 1700s was there a systematic attempt to shoehorn a consensually accepted narrative.

The observations of Gunnar Heinsohn concerning strata-based dating of sites attributed to Ancient and High Antiquity Rome are, in-fact, contemporary of c.900s AD to 1100s AD (between 1100 to 900 years BM), then it follow towards the conclusion that the written resources contemporary with that era are reflective of that context.
The accepted dating of historical sources (Royal, church, and mercantile year books; known authors like Aristotle and Plato) in the manner of the "oldest manuscript" yet recovered shows how ancient books are republished after an interruption of 600 to 800 years, during the 900s AD.
* "History: Stretching the Truth" (2015-05-01, malagabay.wordpress.com) [archive.is/r1BKx]
* "Is a Chunk of History Missing?" a polemic (by Steven Dutch, Natural and Applied Sciences, University of Wisconsin - Green Bay) [archive.is/GILW]

How can fabricated history be accorded consensually acceptable status?
* See the history of Mt. Hooker in Canada, once thought to be 34000 feet above sea level, despite all evidence to the contrary!
* The investigations into "Bigfoot". If one were to doubt the entire corpus of evidence of bigfoot, one is then confronted with the idea that as investigators go about their business, they tend to commit to their own consensually acceptable narrative for the Bigfoot stories, even if they knowingly provide their own additional "evidence" despite being fabricated, if simply because the researchers "really want to believe".
* The Council of Nicea, and related councils, that set the "canon of the Bible", were not public entities, nor were they known among the people until the 1990s (in mass market materials related to speculations concerning the early history of the Church). Although knowledge of these councils was not historically censored, it was not purview to those outside the gift of knowledge imparted by access the non-public libraries, and the ability to read Latin. The idea that the consensually accepted narrative is fixed is surprising currently now that we can access those books not accepted into the "canon of the Bible", but until the 1990s, this access was impossible for the majority of the people. For hundreds of years, there was one consensually accepted narrative, and, naturally, it was accepted. 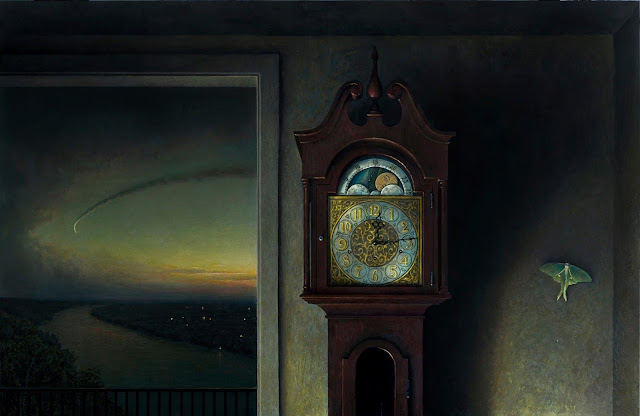 "The third angel sounded his trumpet, and a great star, blazing like a torch, fell from the sky on a third of the rivers and on the springs of water— the name of the star is Wormwood." 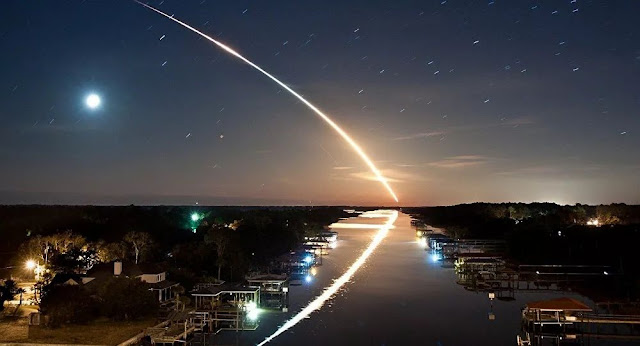