- Gold Ducat, minted for Peter Gradenigo, 1289 - 1311. [archive.is/CPsY5], overtly Christian with symbology other than the cross, including eight pentacles (5-pointed stars). This coin is provided as a reference point. 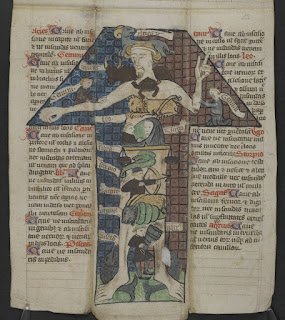 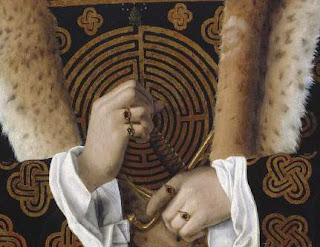 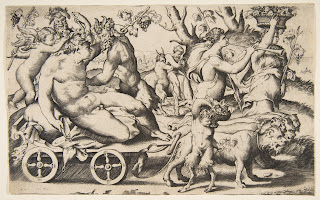 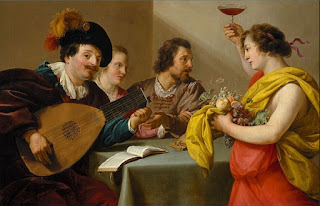 * "Kircher’s Obelisci Aegyptiaci is one of his a more modest works on obelisks, confining his studies to the obelisks and obelisk fragments of Rome" (rarebookroom.org) (.pdf) [http://is.gd/jO6yZp]:
Kircher, Athanasius. Ad Alexandrum VII Pont. Max. Obelisci Aegyptiaci: nuper inter Isaei Romani rudera effossi interpretatio hieroglyphica / Athanasii Kircheri e Soc. Iesu. Romæ: Ex typographia Varesij, 1666. 13 ¾ inches (350 mm), [28], 146 [i.e. 136], [8] pp.
To be the leading expert on obelisks in the 17th century did not require the command of Egyptian hieroglyphs that came only two centuries later with Champollion, and even the convenient access to the country that arrived with packaged tours in the 20th century. To be a sedentary Roman scholar was more than enough, thanks to the open-air museum of 48 obelisks that had been brought to Italy under various Caesars over the first four centuries of the Christian era, following the Roman conquest of Egypt in 30 B.C.
Athanasius Kircher (1602–1680) was a Roman by residence and by religion, not by birth. A German Jesuit, he spent most of his career as the equivalent of a modern research professor at the Collegio Romano. He was nominally Professor of Mathematics, but in practice had a finger in every conceivable scholarly pie. And when those pies were opened, Kircher began to sing, publishing thirty books on subjects as diverse as Noah’s Ark, the Tower of Babel, the Plague, astronomy, music, the Coptic language and Egyptology. Kircher pursued this last enthusiasm with remarkable persistence and confidence for more than two decades. His Obeliscus Pamphilius (1650) commemorated Pope Innocent X’s erection of an obelisk in the Piazza Navona, in front of the Palazzo Pamphili—hence the title, read more at (.pdf) [http://is.gd/dtaOeP], view pages from the book at [http://is.gd/KHhyYU]. The three-volume Oedipus Aegypticus (1652–54) cast its author in the role of a modern Oedipus guessing the riddle of the Sphinx, read more at (.pdf) [http://is.gd/KLriVf], view pages from the book at [http://is.gd/h8BP6f].
Obelisci Aegyptiaci (1666), reproduced here, is a more modest work, confined to the obelisks (and obelisk fragments) of Rome, and involving (as so often with Kircher) considerable recycling of earlier material. It also, usefully in those days of papal patronage, allowed Kircher to ingratiate himself with Innocent’s successor. The engraved title-page—Spread 3—shows a wreathed portrait of Pope Alexander VII (to whom the book is effusively dedicated), held aloft by two putti above an obelisk, similarly floating, with a banner wrapped round it, DNA-fashion—this was a common devise in 17th century Italy, used most notably to identify the citrus fruits depicted in G.B. Ferrari’s Hesperides. Below extends the Egyptian countryside, with feathery palm trees, more obelisks, and a view of the Mediterranean Sea in the distance.
Ever since 1586, when Pope Sixtus V had moved an obelisk from a nearby slum into the middle of Saint Peter’s Square, it had become almost a duty of office for a pope to involve himself with large shafts of stone. After Innocent’s erection in the Piazza Navona, Alexander VII excavated an obelisk and had it set up in the Piazza della Minerva atop an elephant, also to a design by Bernini. This very Baroque confection is illustrated on Spread 11. Kircher’s elucidation of the meaning of the hieroglyphs on this new Minervan obelisk—his Specimen Lectionis Idealis—appears on Spread 50.
Spreads 9–10 present an abbreviated chronology of obelisk-erections from Sothis in 1366 B.C. to Pope Alexander VII in 1666 A.D.—Spreads 23–25 of Obeliscus Pamphilus had offered much the same information. Obelisci Aegyptiaci … Interpetatio, a richly illustrated account of hieroglyphs as they appear on obelisks, intact or fragmentary, prostrate or erect, fills Spread 17–75. An illustrated documentary account of several new hieroglyphic fragments discovered in Rome since the publication of Oedipus Aegyptiacus, fills Spreads 75–78. Three full-page engravings of Egyptian idols (Spreads 78–80) offer Kircher a chance for further digression. A sonnet by Kircher’s devoted disciple Gioseffo Petrucci (Spread 86) concludes the work, pointing out that what the ancients did with stone and bronze, is performed in secol nostro (the 17th century) by means of ink alone—col solo inchiostro—and in Kircher’s case (one might add) with rivers of it.
This seems, in fact, to have been Petrucci’s own view of his master. A few years before Kircher’s death, he published, using Kircher’s materials and his usual Amsterdam publisher, a Defense and Introduction to Kircher Studies, a Prodromo Apologetico all Studi Chicheriani (1677). Its frontispiece depicts a pile of published books in one corner, and in the other, an idealized Kircher figure seated on an Egyptian crocodile, covering a long scroll with dense scholarship on music, astronomy, and mathematics. An attendant putto passes it on, like an old-fashioned lavatory towel, to a hovering Minerva. The writer has a pen in each hand, perhaps the simplest way to account for such extraordinary fluency. 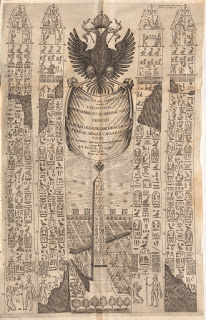 * "Moving the Vatican Obelisk" (pruned.blogspot.de) [archive.is/RG9L4], some images on the subject are also found here [archive.is/GrXdH]

Images collected by Kircher, shown at [http://is.gd/2BuaD9], were published under patronage of the Universal Roman Church, with a title piece showing the Pope [archive.is/1Nkx9] alongside a plate with examples of the other languages used in the academic studies presented in the book, and includes:
* Pages from "Obeliscvs pamphilivs" which feature Pagan gods [archive.is/8NeyE] [archive.is/RvceQ] [archive.is/MhTbn].
* Amulets presented in "Oedipus Aegyptiacus": Statue of Isis, with amulets [http://is.gd/6jXGQT], lower group, Magical gems [http://is.gd/327neX], 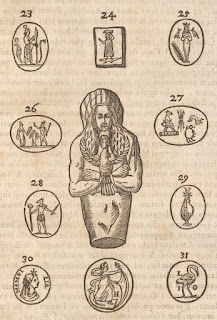 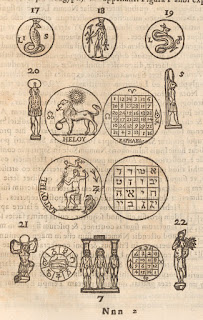 
* Were Samaritans a Hebrew sect? or does this shrine, presented in "Oedipus Aegyptiacus" [http://is.gd/QHDe65], represent a Eurasian nation also named Samaritan? 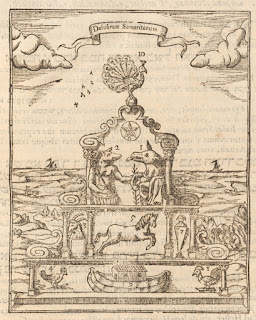